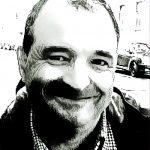 Peter Lawson is a researcher, literary critic, tutor, and poet. He is an honorary associate and associate lecturer in the Department of English at the Open University. His research concerns post-1900 British and American poetry, Jewish and Holocaust writing, and utopian/dystopian literature. Among his works are two books on British Jewish poetry: Passionate Renewal: Jewish Poetry in Britain since 1945 (2001) and Anglo-Jewish Poetry from Isaac Rosenberg to Elaine Feinstein (2006). The former was awarded a Poetry Book Society Special Commendation. Lawson published a collection of poems, Senseless Hours (2009).

As a member of the Open University Postcolonial Literatures Research Group, he convened a conference on the topic of utopia and dystopia in contemporary British-Jewish literature, film and television at the London and the South East Regional Centre. Subsequently, he guest-edited a special issue of the Journal of European Popular Culture (2016).