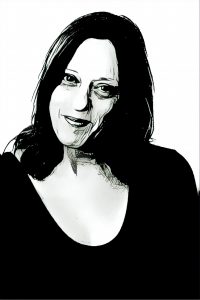 Shelley Silas is a playwright of British-Jewish origin who was born in Calcutta, India, but raised in North London.

She has produced a number of plays such as Shrapnel (1999), Falling (2002) and Mercey Fine (2005). Her play Eating Ice Cream on Gaza Beach (2008) is based sixty years after the independence of Israel and examines the effect felt by different members of society involved in the conflict. Calcutta Kosher (2004) focuses of different forms of hyphenated Jewish identities across two generations and three continents.

Silas has also created numerous works for radio such as The Sound of Silence, which was shortlisted for the 2003 Imison Award and produced by BBC Radio 4. She has also edited and compiled a collection of short stories 12 Days for Virago Press, which includes works by Jake Arnott and Patrick Neate.