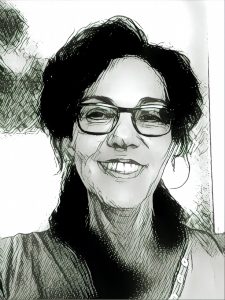 Jeanette R. Malkin, of the Theatre Studies Department at the Hebrew University Jerusalem, co-edited the book Jews and the Making of Modern German Theatre (2010) and is the author of Memory-Theatre and Postmodern Drama (1999) and Verbal Violence in Contemporary Drama: From Handke to Shepard (1992). Her work on ethnicity and theatre culture, postmodernism and modernist German theatre, have appeared in numerous academic journals and books.

Malkin served as a member of the board of the Franz Rosenzweig Research Centre for German-Jewish Literature and Cultural History at the Hebrew University Jerusalem from 1998 to 2006. She has received two major grants for her research: from the Israel Science Foundation (ISF) for her project “Triangulation: Jewish Cultural Markings in German and American Theatre” (2005-2009); the second from the German Lower Saxony-Israel Joint Research Project funds (Niedersächsisches Vorab) of the Volkswagen Stiftung for the project “Hyphenated Cultures: Contemporary British Jewish Theatre” (2016-2019) in collaboration with Eckart Voigts (TU Braunschweig).