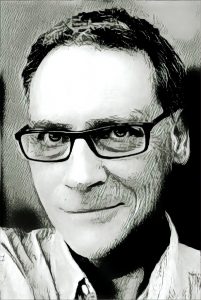 Axel Stähler is Reader in Comparative Literature at the University of Kent. He was coordinator of the international research project ‘Fundamentalism and Literature’ at the University of Münster. At the University of Bonn, he worked as a post-doctoral research fellow in a collaborative research project on Jewish-Christian interrelations. His main research interests include intermediality and the formation of identities, especially with respect to Jewish culture and literature. Stähler has published widely on Jewish writers from the Anglophone and German-speaking diasporas and from Israel as well as on fundamentalism and literature, the eighteenth-century novel and early modern festival culture. Among his most recent publications are The Edinburgh Companion to Modern Jewish Fiction (2015; co-edited with David Brauner) which was awarded the ‘Association of Jewish Libraries’ Judaica Reference Award’ (2016); Writing Jews and Jewishness in Contemporary Britain (2015; co-edited with Sue Vice); Orientalism, Gender, and the Jews (2015; co-edited with Ulrike Brunotte and Anna-Dorothea Ludewig); and edited collections of articles on Jewish Magic Realism (2013) and on Anglophone Jewish Literature (2007) as well as a monograph on literary constructions of Jewish postcoloniality in fiction on the British Mandate for Palestine, Literarische Konstruktionen jüdischer Postkolonialität (2009). His most recent book, Zionism, the German Empire, and Africa was published in 2018. Stähler is a member of the AHRC Peer Review College, of the ICLA (International Comparative Literature Association) Research Committee on Religion, Ethics, and Literature, and of the international research networks British Jewish Contemporary Cultures and Gender in Antisemitism, Orientalism and Occidentalism (RENGOO; 2013–15). Funded by a Research Fellowship from the Leverhulme Trust, he is currently embarking on a new book project on ‘Jerusalem Destroyed: Literature, Art, and Music in Nineteenth-Century Europe’.